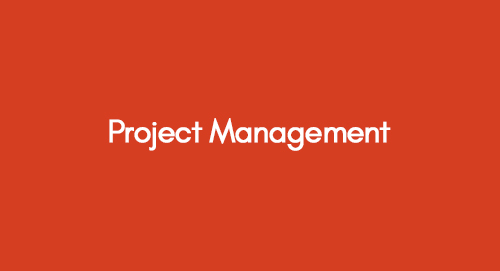 Q1. What are the main reasons the author advances for project management to be considered an “accidental profession”? The 12 guidelines are presented in no particular order. Order them by the level of importance and explain your reasoning.

Following are some guidelines that are significantly important for a project manager.  These guidelines are described below with respect to their priority level.

Understand the context of project management

Understand who the stakeholders are and what they want

Success is a broad term that has multiple dimensions.  Success is not only considered in terms of the project but also about stakeholders' satisfaction.  It is evident if the outcome of a project is not according to the expectations of stakeholders, then no matter what is built, all efforts can be considered useless. Therefore, a project manager needs to understand all dimensions of success to bring overall success.

Once a complete understanding of the project and its requirements have been established, planning is the next critical factor. It is believed that appropriate planning brings success.  Ad hoc development without any pre-planned activities does not produce positive results. A project manager needs to be capable of developing such plans, which can boost development and produce a worthy outcome.

Use time carefully, or it will use you.

Time management is listed as another critical factor which has never been addressed carefully.  Generally, time management is perceived as completing all development activities within schedule.  In reality, a project manager can usually waste his/her time in meetings and personal discussions. It is significantly important for a project manager to make effective use of time not only in his personal activities but also in project activities.

Remember what you are trying to do.

Every project has an objective that must be shared with the team as well. Usually, it is assumed that knowing about the project goals is in the interest of project managers only, but it is not true.  Defining a project goal and explaining it to team members is a motivational factor for team building. It also reminds a project manager of what he actually needs to do. A review of targets, goals and objectives on periodic bases can help the managers to ensure that the project moves along as per the plans.

Build and maintain a cohesive team

The team plays an imperative role in the success of any project.  A team is not meant to be a group of people only. It is a group of people who share a common goal.  Therefore, it is the responsibility of the project manager to formulate a successful team which works together to achieve a single objective and deliver a successful project.

The capabilities of a project manager can manage conflict management. When a team includes people from multiple backgrounds and teams involved in various activities, conflicts can easily arise that could be personal or opinion. A trained project manager first understands the nature of the conflict and then takes action to resolve it. Periodic reviewing project activities and sharing / transforming pivotal information across all teams have been considered good practices.

Enthusiasm and despair are both infectious.

One look forward is worth two faces back.

In general, all activities are planned according to the requirements of the project and the stakeholders, as it is a critical success factor for project management. Mostly, stakeholders do not know about technology drift or could not estimate how frequently demands could be changed. A successful project manager always thinks about the project in two ways. One is positive thinking, and the other is critical thinking.  If a project manager thinks critically, he can efficiently work with future challenges. If any changes are required, they must look forward and always be keen to optimise the processes involved in completing the project. Looking back may waste precious project time and result in additional cost, a major project risk.

Lead from the front; the view is better.

Accept and use the political nature of organisations

The last but not the least factor for project management is managing Politics between various departments of organisations. All managerial decisions are affected by political pressure, which could be in different forms.  A good project manager copes with politics and makes effective plans to minimise its effect on the development processes.

Q2. A few of the guidelines are related to the need to understand the reason for the project in the first place. Which guidelines would you place in this category? Why is this important? You need to explain your reasoning.

Following two guidelines that are most important for the understanding of the project;

Project Management is all about the projects and the client’s requirements, which are developed while ensuring that project objectives are successfully met. So understanding the reason for the project at the most fundamental level assists in determining the goals and objectives of the project being undertaken.  In addition, it is imperative to stay on objectives so all activities can be carried out sequentially.

Q3. Why, in lesson 9, is always thinking about “what if” so important? You need to explain your reasoning.

“What if” is ever so important as it questions the path followed in any project or activity. This asks the simple question, what if something happens along the way. This is also very important for engineers as well as project managers, and this is the methodology followed when the practitioners undertake the project risk assessment. The project is analysed for all the parameters involved, and what if scenarios are applied, which helps in drafting possible project risks. A strategy is then devised to ensure that all these project risks are mitigated in order to ensure that the projects are delivered in accordance with their requirements.

Moreover, every project is developed because of requirements which are given by stakeholders. A successful project is that which is accepted by its stakeholders. This is the present state of the project that is being developed.  Needs are evolved over time. Things that are acceptable today might not be accepted after five or ten years. Future planning on what scenarios should always be part of the project planning. Looking into the various future challenges is always helpful in developing sustainable projects. Therefore, it is worthy of thinking in two dimensions. First is what is happening, and second is what will happen if the situation is reversed. This critical thinking facilitates project managers to make plans for the future, and ultimately, this factor incorporates long-lasting success for any organisation.