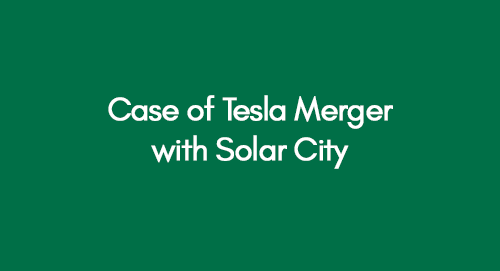 In the 21st century, the majorly of organizations are encountering dynamic challenges in establishing a corporate and sustainable strategy (Rimmer, 2018). The concept of globalization has taken the business into a more competitive environment where strategic thinking and sustainable implementation of practices have become necessary. According to Akakpo (2019), a sustained competitive advantage is established when a company develops and applies a strategy with added value. It may be unique and other companies cannot duplicate its development and benefits. Generally, a corporate strategy includes various elements like planning, commitments, decisions, and actions for attaining strategic competitiveness and projected returns (Almuzel, 2018).

The current report is developed to analyze the strategic development and planning of Tesla Company which engineer, manufactures, and sell electric vehicles as well as energy solutions. Tesla follows a global standard of strategic management because of the high demand for reducing vehicle costs and low pressures for local responsiveness (Song, 2019). The company’s strategy is mainly focused on scaling up its production and international operations. Here Fisher’s (2019), research relates that in business, the strategy is all about actions and the steps a business owner follows to bring productivity and competition. In its strategic development, Tesla has variations in the business establishment as well as challenges to meet (Siriwardane, 2018). The role played by a business strategy is significant as it creates the future progression of a company in today’s environment. In this regard, strategic analysis and planning provide a holistic view of a company’s overall performance and the potential it acquires (Mayfield, 2018). Hence, the strategy sets the basis for establishing sustained business performance with constant improvement and changes in business environments.

In the year 2003, a collection of engineers from Silicon Valley established Tesla Motors with a strategic aim for the improvement of the sustained vehicle industry by developing substantial green autos for the market (Boggild, 2016). The company focused on creating rapid torque with amazing power that has zero outflows. Tesla's contributions to the vehicle industry are without a doubt probably the most creative cars on the planet. The production of Tesla Motors applies the latest innovative structures that are one of a kind with advanced robotic technology for the engineering process of making high-quality electric vehicles (Akpabot, 2019). Tesla Roadster was the first electric car introduced by the company in the year 2008. This new vehicle was a big achievement for tesla as it was a fast-performance sports car that could speed up to 60 mph in 3.7 sec with 245 miles running of each charge of the battery (Rimmer, 2018).

After the Roadster, the next innovation introduced by Tesla was Model S in the year 2012. It is the world’s first exclusive electric sedan with unique technology, stunning aesthetics, and specific principles. With these qualities, the car was entitled Motor Trends Car of the Year 2013 (Borén, 2017). Additionally, the car achieved a rating of 5 stars for its security technology by the US National Traffic Safety Administration. Tesla was also efficiently listened to in Forbes 2015 for the No.1 positioning of “Planet’s Most Innovative Companies” (Nurhadi, 2017).

Elon Musk, CEO of Tesla accepts that Tesla is not only a car-manufacturing firm; he imagines Tesla as a future innovation-based firm that targets making practical energy available to the world. The company’s exceptional customer service process with innovative ideas, stations for supercharging, and battery exchange features make Tesla an excellent achiever corporation. (Robert, 2017).

External Analysis of the Company 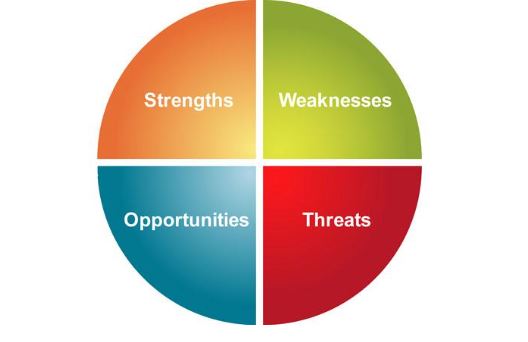 Among the automobile industry, Tesla has emerged as one of the most discussed and analyzed companies with a significant impact on the economic development of the industry (Boggild, 2016). To understand the external factors that contribute to the strategic management of the company, a SWOT analysis is given below: 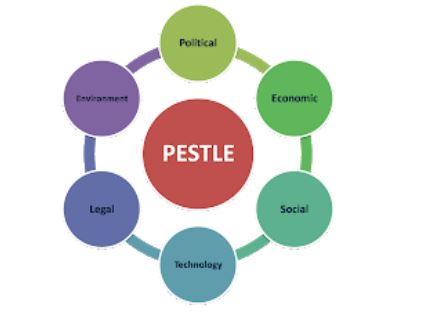 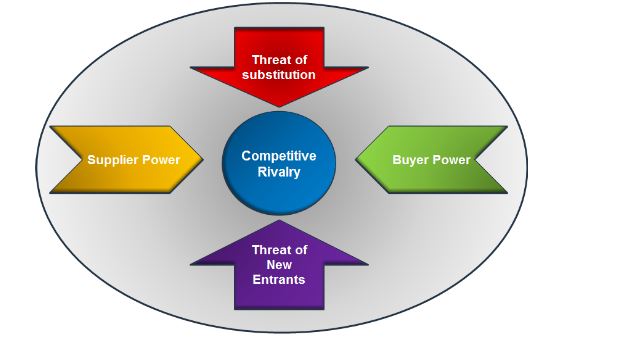 The strategic measures and planning of Tesla support it to maintain profitability and address the competitive challenges that come along. To understand the strategic approach of the company, Porter’s Five Forces analysis is outlined. Through this analysis, the external factors that contribute to the development of the automotive industry are analyzed.

The market for electronic vehicles is exceptionally tough and serious for Tesla (Yoffie, 2019). In the competitive rivalry force, the impact of competition is examined in the automotive industry. The external elements liable for its competitive rivalry with Tesla are:

The number of companies is a weak force.

Companies with aggressive innovation are a strong force.

The exchange of costs is a low and weak force.

This external factor from porter’s five forces detains the power of rivalry on companies like Tesla, Inc. In any case, these businesses are usually vigorous in improving and evolving their products.

In this part of the five forces, the impact of clients is characterized by the conditions of their products. In the case of Tesla, its customers are the major factor that decides the progression and income of the business. The impact is assessed through the industry of battery and solar panels that base the production of Tesla’s vehicles (Almuzel, 2018). The following variables and their forces keep up the moderate force of the client’s bargaining levels on the organization:

The business of Tesla is dependent on the consistent association of its suppliers. In this part, it is depicted how suppliers develop the conditions of business by putting an impact on the access to materials required by the company (Yacoub, 2018). The moderate power developed by the external elements that intensify the bargaining power of Tesla’s supplier is as below:

The a moderate level of association.

The moderate size of suppliers

In the automobile and energy industry, Tesla encounters the impact of substitutes due to various conditions (Rimmer, 2018). The external variables and forces associated with them lead to the moderate force of the substitution risk against the company that is categorized as:

The threat of New Entrants

In business, new entrants are the new companies that affect the conditions and associations of the business by determining their performance (Meng, 2017). This part of the investigation considers the external variables and the forces that make the weak power of the threat of a new company as:

Strong Expense of working together

In the year 2016, Tesla announced the creative idea of gaining electricity generation concept by acquiring SolarCity which is a solar panel producer. The company merged and offered $2.6 billion in an all-stock offer. The CEO of Tesla, Elon Musk, efficiently accepted the offer as the merger will provide huge income outflows for the company's development. Tesla being an eco-friendly company emphasized the vision of storing energy and promoting a green economy. Cheong, 2016). However, the experts from Wall Street were concerned about this merger not being practically successful and may trouble the company with heavy debt. The criticism of Musk using this offer for personal advantage also speculated concerns in the business environment. Apart from all the concerns that raised potential conflicts due to the possession of 20% stock by the owner of Tesla, the merger resulted in no benefits for both Tesla and SolarCity in personal. This case has been of greater significance in assessing the strategic and financial approaches followed by Tesla for business expansion and growth (Müller, 2017).

Since the acquisition of SolarCity by Tesla was made in 2016, the figures from 2017 and 2018 will be utilized to uncover the change concerning its monetary wellbeing, benefit, and income (Li, 2018). Generally, it may be seen that by securing the offer, Tesla has gone up 68% in sales. This is sensible since the product development has been extended. However, its gross edge reduced from 23% to 19% because the expense of production amplified by 76.6% (NASDAQ, 2017). This ought to be upon SolarCity since it was liable for concerns concerning the expense and productivity of developing and introducing the products (Hettich, 2017). It appears that as an innovation firm, R&D took a major piece of working costs. It would be reasonable that the costs for improvement and research increased by the greater part since the two companies needed innovation to keep an upper hand in the market. Another working cost additionally went up by over 70% (Mayfield, 2018). Even though Tesla endeavored to advance productivity and deduct the cost, it may take a steady timeline for Tesla to consider a business model to deal with the all-encompassing business. The multiplied negative figure in benefit infers that the kind of business that Tesla is attempting to do with development sets aside some effort to be promoted and needs to discover an approach to support the business from operation (Siriwardane, 2018).

Developing a strategic report for a company like Tesla is a significant contribution toward research as the company itself is efficient to perform research and development. In light of various analyses, concepts, and strategies the overall analysis in this report is mainly focused on innovation and technology development with new opportunities and the manner of business followed. It is fundamentally significant to consider the approaches and concepts Elon Musk produces that are effective for both technology and the environment. However, through external and strategic analysis, it can be concluded that the projected efficient operational system does not run well. It can be considered that the acquisition of SolarCity may support Tesla in achieving goals and expanding markets. Although it requires a long way to go for both companies, the strengths and opportunities for Tesla are numerous that can benefit from the financial upgrade. Hence, it is necessary to further address the long-term and short-term orientation of the merger to examine future developments and projections.

Yang, S. And liang, C., 2017. Analysis on the Competitiveness of Tesla Development Mode and Its Enlightenment to the Development of Chinese Electric Vehicle Industry. DEStech Transactions on Environment, Energy and Earth Sciences, (epee). 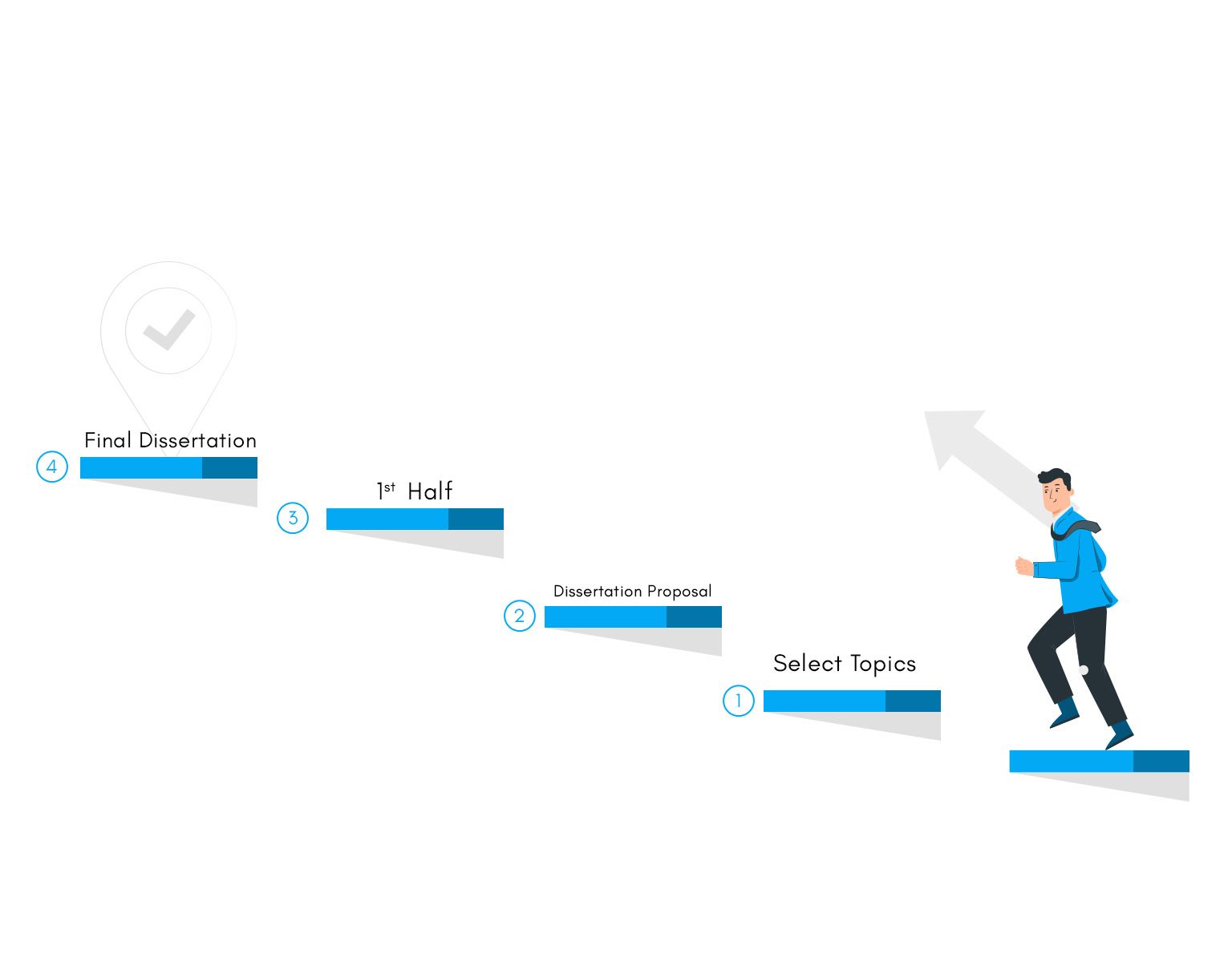 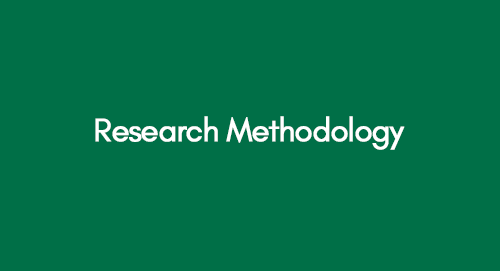