There are more than 50,000 materials available to be used in engineering services. The selection of material while designing a structure greatly depends upon their physical properties. Mistakes in the selection of right material can cause disaster. The appliances which are poorly designed can be investigated for their excessive give which may occur because of the absence of the low modulus of the engineering material. Many of the engineering appliances and structures are made up of the alloys and metals (Loveday, 1996, 1992). Consistent research has been carried out throughout the world for the development of the emerging engineering materials which may be used to construct heat engines with high efficiency, low friction bearings and many more. There is a set of attribute linked with each material (Abrao et.al., 2007; Marta and Chris, 2006). Therefore we can say that the properties are important while selecting the material rather than material itself. The important properties include strength, density, toughness, modulus and thermal conductivity (Bell and Stephanie, 1999). In this report laboratory results of a wide range of materials are presented. These results will be used to understand and develop the capability and scope of the engineering material system and manufacturing processes. Different groups of the materials are considered to understand their and categorize their physical properties. The data obtained is related to the theoretical description of each material type and their expected physical properties.

The basic aim of this laboratory report is to investigate and understand the physical properties of engineering materials and the impact these have on manufacturing processes.

Hardness of the three separate specimens and three reinforced composite material is determined by using Brinell Hardness Testing Machine. The specimen size used here is a circular rod of length of 65mm and the diameter of 35mm. The specifications of the machine are ball intender of diameter 20mm and the maximum load of 4000N (Chandramohan and Marimuthu, 2010).

The machine used to perform the hardness test of the selected materials is illustrated in figure 1. 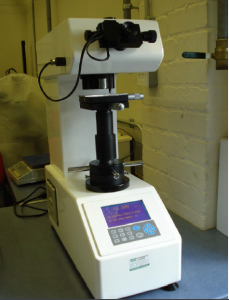 The machine was switched from the rear side of the machine as shown in figure 2. 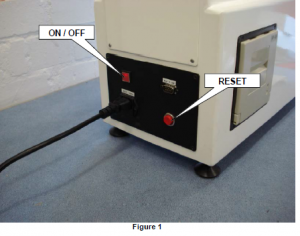 Figure 2: rear side of the machine

The reset button was then pressed after 5 seconds approximately. 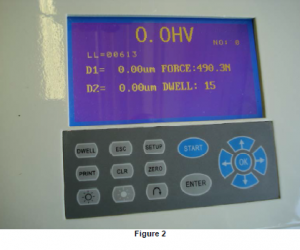 After resetting the machine, the setup button was pressed from the front of the machine as shown in figure 4. 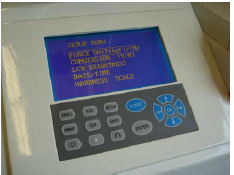 After selecting the force unit the OK button was pressed as shown in figure 5. 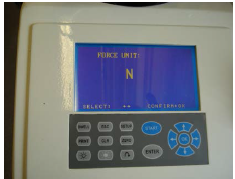 The hardness scale was selected to HV and then the OK button was pressed as shown in figure 6. 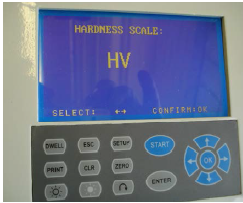 The brightness of the LCD was adjusted and OK button was pressed. 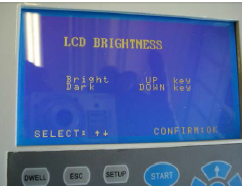 Date and time was adjusted as shown in figure 8. 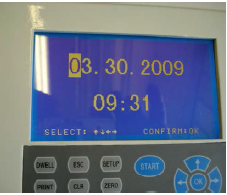 On the side of the machine the test force was selected by moving hand wheel as shown in figure 9. 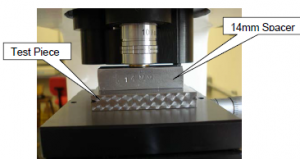 The spacer of about 14 mm was placed on the top and then wind up to the barrel of the microscope as shown in figure 10. The machine was allowed to go through the cycle after removing the spacer and pressing start button.

The specimen data is illustrated in table. The machine has the ball intender with the diameter of 20mm and maximum load of 4000N. The BHN of all specimens can be calculated by following formula

P - Load applied to the specimen.

A - Area of the indentation.

D - Diameter of the ball intender.

d - Diameter of the indentation.

The loads causes the material failure is dependent upon the material properties and the value of the load applied through machine. In this section tensile tests have been performed for carbon steel, brass and aluminum.

The machine and computer was turned on. QMAT software was used. After entering data the machine was set to zero graphs were plotted. 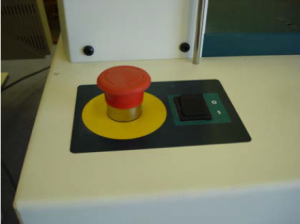 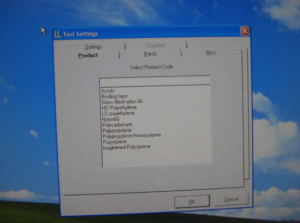 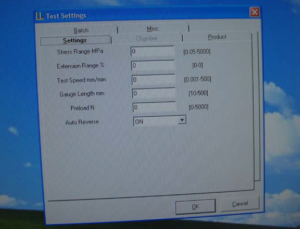 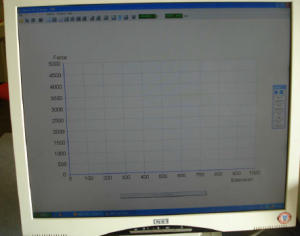 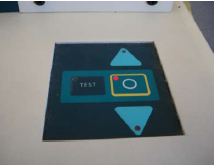 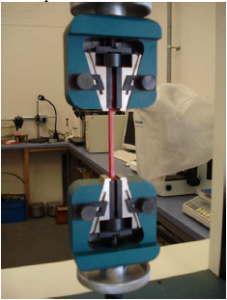 The release agent was used to spray the mould. Quick set was mixed by using 2 parts of the cold mould powder and 1 part of the cols mould liquid. Solution was stirred and a creamy paste was developed. Specimen was placed in mould which was filled with the solution mixture. The mixture was then left for 20 minutes and then specimens were removed. The face of the specimen was polished by starting from the rough grit to the ultra fine portion. 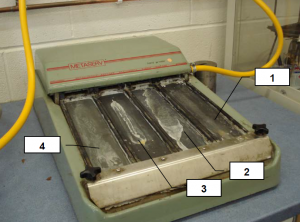 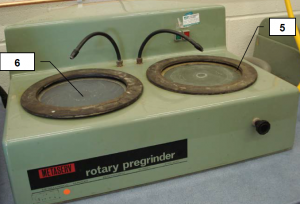 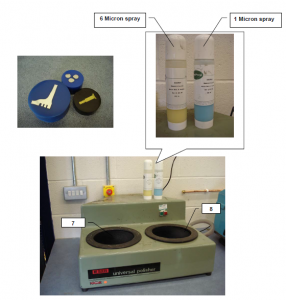 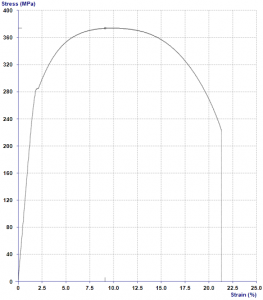 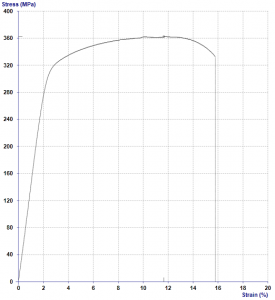 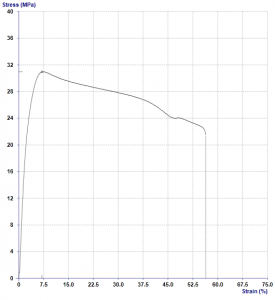