CCCG, a Chinese communications and construction group was established by the merger of two business groups CHEC (China Harbour Engineering Company) and CRBC (China Road and Bridge Corporation) in December 2005 (CCC, 2012). These two companies have a history of more than 50 years in the business of infrastructure construction and design. Both companies have acquired specialization in the construction field as the main domain in their area of operation.  The competitive and strategic position of the company can be assessed by the management tools including SWOT and PESTLE analysis (CCC company profile, 2012). The five force model of porter is used to analyze the influence of various forces on business strategies. The strategic direction of the company has been influenced by various technological, social, political and economic factors. CCCG is a vertically integrated and full-service construction group in China. A wide range of services has been provided by the company including dredging, infrastructure construction and the manufacturing of port machinery. Most of the sub-segments of the sector of construction have been covered by the business of CCC which has a monopoly in some of the entities. The company is ranked as a leading bridge and road design and construction company in China. The projects undertaken by the company involve bridge designing, road construction, tunnel erections and railways. Considering the port design sector, CCC is found to be the largest Chinese company. About half of the dredging capacity of china has owned by CCC which makes the company the largest dredging entity in China (Daniel, 2007). The company owns an experienced workforce which has enabled it to use advanced equipment and technology (CCC Company’s data, 2012).

There are four main categories into which the business of CCC can be divided including port machinery manufacturing, infrastructure design and infrastructure construction.

The data for 2011 illustrates that the company had about a 64.9 percent turnover in the preceding year.  There are about 15 subsidiaries with their respective associates and units for the operation of CCC’s an infrastructure construction business (China Communications Construction Co. Ltd. Annual Report, 2011).

CCC provides a complete range of designs through their top ten tier design units for ports and bridges and road projects. The company also offers planning and consulting services, engineering surveys, feasibility studies, engineering consulting, project management, technical studies and other services. The total turnover from these services is found to be 5.3 per cent in 2011 which is Rm44 billion. The following table shows the market share of the company in comparison with the other leading companies in China (China Communications Construction Co. Ltd. Annual Report 2011). 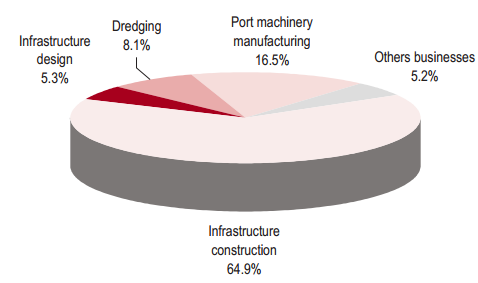 The reports of 2011 show that, based on capacity, CCC is the largest dredging company in China and the third largest company in the world. The company provides a comprehensive service of reclamation and dredging through three subsidiaries of CCC in China and overseas (Guo and Yong, 2006). This division of the business posted a revenue of 68 billion in 2011, which accounts for 8.1 per cent of the total turnover of the company in China (China Communications Construction Co. Ltd. Annual Report 2011; Kwan et.al, 2011).

The two subsidiaries of CCC including ZPMC and SPMP have positioned the company as one of the largest machinery manufacturers with a speciality in port services (Guo and Yong, 2006). ZMPC has about 74.3 per cent of the market share and has been listed by the stock exchange market of Shanghai as the largest crane manufacturer in the world. The other subsidiary SPMP deals with the manufacturing of bulk handling machinery at a domestic level. The revenue generated by the port business of the company accounts for 16.5 per cent of the total value (China Communications Construction Co. Ltd. Annual Report 2011).

The other business dealt with by CCC includes the construction of roads and bridges, manufacturing of machinery, trading of construction materials, logistic services and equipment. A combined revenue of about 5.2 per cent has been achieved by the other businesses of the company in 2010 (Kwan et.al, 2011). 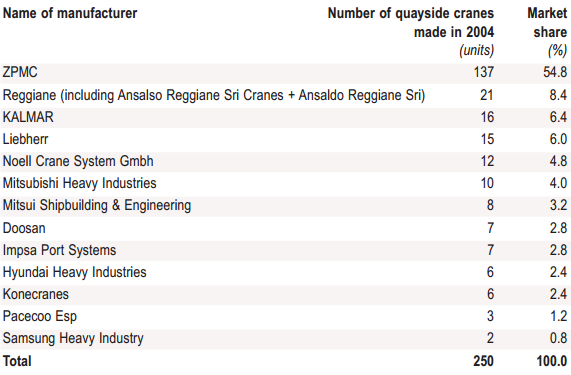 The business has been expanded to the markets at the global level. The major overseas countries include Africa, Southeast Asia and the Middle East as the major consumers. The market leadership of ZPMC at the global level has made the port machinery manufacturing business of the company stronger in overseas countries (Sachs, et.al, 2007; Shen, et.al, 2001). The company has sold its products to more than 53 regions and countries including America, the Middle East, Europe and the Asia Pacific. The following table shows the major buyers of the company’s products.

Table 2 the customers of CCC 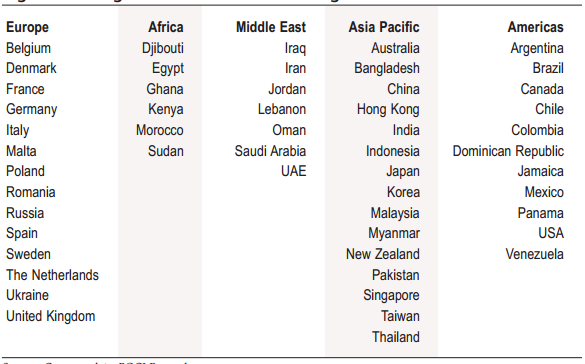 The construction strategy of the company can be analyzed in light of external environmental impacts. The PESTLE analysis has been conducted in this section to evaluate the external construction environment.

The social factors that affect the infrastructure business include demographic changes, changes in working patterns of China market, changes in the working potential of the workforce and a rise in the level of unemployment. China's Communication and Construction Company has been largely affected by the varying behaviours of people and skilled workforce. The increasing crime rate and immigration have influenced the industry significantly (Shou, 2007).

The development of new construction technologies also affects the construction company. Production of equipment is preferred in factories rather than on-site.  Modern methods of construction and requirements of zero carbon have increased the challenges for the industry (Wang et.al, 2004). Intelligent buildings with energy-efficient infrastructures are being developed to cope with the modern world.

The Chinese government has implemented policies for the highly fragmented construction industry. China's communication and construction group has found that the business’ performance can be improved only if the government increase the legislation for safety and health practices, tax reforms and lending the credit insurance or finance at the private level (Zeng et.al, 2003).

The company has a proven record of 50 years of service in China and 25 years of experience in overseas countries with the developing business of infrastructure construction.  Being the largest design and port company in China, CCC is involved in almost all major construction projects (Hubert, 2007). The company is the largest dredging business in China and the third largest entity in the world in respect of capacity. The company has about 265mm3 dredging capacity which accounts for about 50 per cent of the Chinese total dredging capacity.

The company has used its leading position in the world to grow its businesses by increasing investments in the sector of infrastructure construction.  In 2011 the company has invested in nine contracts with a net aggregate of Rmb9.0bn (China Communications Construction Co. Ltd. Annual Report 2011). After the approval of the government, the company has invested in railway deals including tracks from Wuhan to Hefei and Taiyuan to Zhongwei. There are many opportunities for CCC to invest in the projects of BOT (Hui, 2007). The structure products of steel by ZPMC have also been found to be on the growing trend in the Chinese market.

When compared with its international peers, CCC may have a lower margin for its infrastructure construction business. The lower margin in some contracts is due to governmental issues as these are more rigid in planning and pricing. The overseas exposure of the company has subjected it to currency fluctuation issues in foreign markets. Various projects of the company are also subjected to liquidation damage because of their inability to meet the deadlines according to schedules (Jiangzhong, 2007).

The profit margins of the company have been reduced by the increased costs of the raw material. The fixed price strategy of the company has reduced its profit margins. The price fluctuations in many projects use escalation formulas to accommodate the price variations (Jihong, 2007). However, these formulas cannot fully recover the reduction in profit and impact the volatility of the price greatly. The dredging business can experience lower profitability values due to the higher costs of the fuels. Capacity constraints also have a negative impact on CCC which allows the short run of the sub-contracts and thus reduces the profit margins (China Communications Construction Co. Ltd. Annual Report 2011).

The suppliers of CCC have found to have a lasting relationship with the company. The market movements allow the fluctuations in the prices of services and materials which causes the suppliers to adjust their prices according to the market change.

The threat of new entrants

Being heavy capital intensive, the measures of austerity has been proved to be a hurdle for CCC to enter in the new markets. There are various variables including the quality of work, advanced technologies, high-level qualification, industry expertise, adequate equipment resources, proven track record and production capacity. These variables are the main reasons to discourage new entrants in the construction market (Kwan et.al, 2011).

In China, the CCC is found to be the largest player in the businesses of construction and design. However, fragmentation in the construction market of roads and bridges has been observed. The company has big competitors with other state-owned entities. The subsidiaries like ZPMC and SPMP are working at a global level and competing with their rivals. The position of ZPMC has enhanced the competitive position of the company.

The company has low substitution threats because of the high knowledge and expertise of the company, higher requirement for capital, the need for high-quality work and capacity constraints.

The qualified bidders are free to choose tenders for the numerous infrastructure projects. The recommendations made and the submitted proposals made the bases for the evaluation of the bid. The company focuses on the quality of the product, suppliers, price, product design flexibility, schedules of transportation and the record of the suppliers before making the deals (PhilCo, 2007).

The company can have strong growth by investing in new orders. Solid growth requires governmental spending strategies on infrastructure construction, realized synergies and favourable conditions at macro and microeconomic levels. CCC has maintained the flow of its orders by implementing effective business strategies. The total contract investment of the company was 45.8 per cent in 2006 and increased to 33.1 per cent in 2007 (CCC financial data, 2012). Backlog orders have a growth of 27.9 per cent in 2006 and increased by 28.7 per cent in preceding years. The following graphs show the trends of the company’s finance from 2008 to 2011 (China Communications Construction Co. Ltd. Annual Report, 2011). 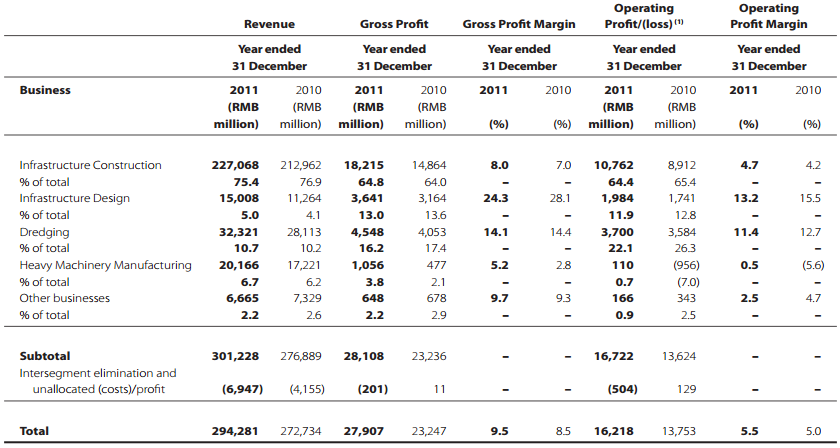 The highly capital-intensive businesses of CCC have made the company dependent on operating capacity and efficiency trends. The pre-defined contract schedules make the most of the projects conducted by CCC highly time-sensitive. The profitability of the company’s projects is hampered by the liquidated damages significantly. The study presents a few recommendations including;

The company has plans to invest more than 20 percent in IPO and 33 per cent in Capex for the expansion of the available capacities in the infrastructure construction business (China Communications Construction Co. Ltd. Annual Report, 2011). 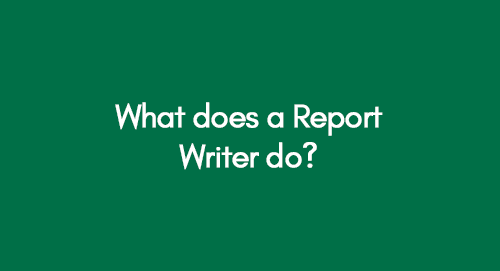 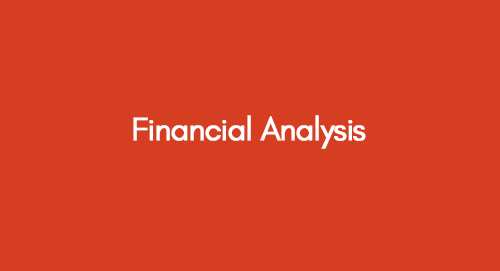 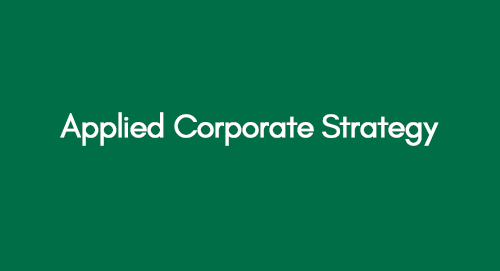