The impact of the latest technological advancements in sustainable developments 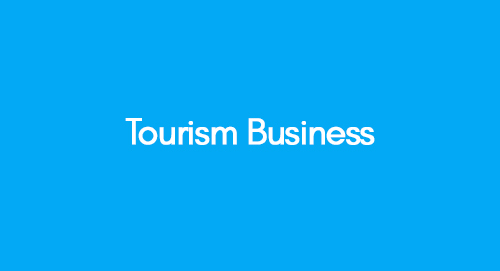 Rationale: Investigating the trends in urban tourism and cultural/policy context, which help explain the chosen theme/itinerary and likelihood of success of this guided tour of tour of London.

Recent Trends in Urban Tourism have led to the particular industry reflecting immense significance with respect to economic impact and sociocultural growth. This is true specifically with regards to European Tourism industry and with recent research on the economic influence of the UK cultural Tourism, it has been revealed that the industry significantly contributes to the economy through tourism services while playing a pivotal role in promoting the region's cultural heritage. As per recent research conducted by Atlas 2005, an increasingly large number of European countries and geographic areas are contributing to economic development through economical and tourism regeneration strategies by exploiting the thriving cultural tourism market (Atlas, 2005)

As per recent research on Urban Tourism, conducted for studying the characteristics and underlying trends or patterns projected by tourism industry titled ‘Urban tourism research: developing an agenda’, (Edwards, Griffin, & Hayllar, 2008) it has been shown that the industry is experiencing an upward trend with tourist activities increasing with the growth in investment and public expenditure for the promotion and sustainability of the industry. Further research reveals distinctive characteristics of Urban Tourism that have contributed to the growing demand for tourist activities in metropolitans and large cities possessing a plethora of site attractions and places of cultural significance. Pearce (2001) states that Urban Tourism is a productive global form of Tourism with Tourists looking forward to visiting such multi-functional areas and using the amenities that such places have to offer.

With specific regards to the UK Tourism Industry, the urban center, London, has since the 20th Century been a focal point of Tourist attraction offering a cornucopia of places for sightseeing including museums, libraries, cultural and heritage sites, art galleries, monuments, theatres and sports sites. It also offers a great variety of attractions with respect to the hospitality industry including sites such as food courts, cafes, diners, restaurants, bakeshops, bars and other food related stops. Guided tours to London have refined over the years with the increasing demand of tourist activities, flexible policies and influx of UK government's investment in the region. Typical tours are theme based allowing for the visitors or tourists to enjoy sightseeing as per their preferences or interest. Usually such guided tours are organized and planned based on the customer's particular needs and requirements. The idea is to provide a value-added tourist experience to the visitors while allowing for opportunities to learn and savor the delectations offered by historically and culturally significant sites. An exceptional tourist experience includes all favourable elements that combine to form a memorable tour including aspects like locales, accommodation, food, price and transportation.

Typically tourist requirements focus on places of scenic beauty or cultural significance but with the recent developments in Urban Tourism and the inception of theme based tours, visitors can now enjoy customized tours that focus on specialized themes. For this particular scenario, the guided tour to London primarily focuses on the theme, Food, and hence, the design considerations for the tour should reflect the particular aspects of the theme.

As per researches, there is precise data on the characteristics and specific information related to growth trends exhibited by the Urban Tourism industry and cultural tourism aspects. However, there has been an increase in the researching efforts and literature compiled for the purpose of studying the impact of Urban Tourism in Europe specifically in the last 10 years and observers or researchers are of the opinion that there has been an increase in the European Cultural Tourism industry and that the demand is growing (Januarius, 1992; Zeppel and Hall, 1992; Boniface and Fowler, 1993). Further research has shown that cultural tourism is a thriving industry in Europe that will significantly contributes to local and global economic development (ByWater, 1993).

As per the World Tourism Organization, 37% of all tourist visits are related to cultural tourism and that the demand for tourist activities is growing at a rate of 15% annually. The desire and motivational zest for cultural heritage contributes to the increase in tourist activities even when the demand is less. The typical visitors and tourists that visit urban centers and other visitor attractions include the foreign visitor, local residents, students and educational staff, journalists, professionals, organizational staff and researchers amongst others. Tourists are hence important customers for the growing cultural tourism industry and especially in the UK region. Tourist trips have significantly contributed to increased demand for sightseeing in UK with visitors from various disciplines including locals and foreigners depicting an active interest in themes that cater to Arts, culture, food and entertainment.

For this guided tour to London, the typical target market would be food enthusiasts, food critics, independent researchers, locals and youngsters with a keen interest in exploring the various food outlets that London has to offer. A significant proportion of the target market would comprise of foreign visitors on international trips and professionals from the hospitality industry with research needs. Youngsters from local areas, students associated with the hospitality industry and visitors from international regions who are food enthusiasts keen to find out key dining places of interest while learning about the food spots in London would also form a dominant portion of the target market. The guided tour would hence be designed keeping in view the above consumer requirements.

Detailed itinerary, including key advice for tour guides and practical aspects such as mode of transport, distances, timing, etc.

This guided tour of London would best cater to a visitor group looking forward to a themed walk or a highlights tour that would enable interested group members to relish site-seeing focused at a particular topic or aspect. Typically tours can be structured as themed walks and highlights tours based on the particular customer requirements or the organizer's interests. Since this guided tour of London is based on the Food theme hence, the best design option would be to structure a themed walk that would provide the tour participants with the local and cultural delicacies that London city has to offer including informative discussions along the trip with brief meet-ups with prolific gourmet chefs.

Generally, a guided tour design should aim at fulfilling all tourist or visitor requirements ensuring that the trip is both entertaining and informative. Guides are advised to conduct both desktop and library research on the particular theme including key details that can be a source of learning and enlightenment for the visitor. (Caroline, 2015)

The walking tour should typically focus on the following key design characteristics:

While a highlights tour focuses on a specific geographical location and the visitor attractions it encompasses, a themed walk is structured around a particular topic with optional emphasis on a certain location. This guided tour to London can thus be designed as a themed walk with particular focus on the food outlets and sites located in the city of London. Keeping in view the target market described earlier and the above highlighted key design considerations, this guided tour of London would be an informative and interactive themed walk that would provide a dynamic tourist experience for food enthusiasts and professionals related to the hospitality industry. The trip would provide an insight into the popular Eateries in East London with brief meet-ups with professionals from the hospitality industry including informative walkthroughs along the trip. (Eating London Tours, 2015)

This London tour will focus on the East London end that is a rich cultural hub with specific regards to the delicacies and tempting gourmet items that are symbolic of the urban center. The themed walk will feature eight interactive stops including market, bakeshops, cafes and pubs spanning a duration of three and a half to four hours with an average thirty minutes for each stop including walk, tasting and presentation time. The East London area is a representation of a diverse cultural heritage and classic /contemporary architectural designs.The tour will also include meals and tastings from the eight featured stops along with a guided walkthrough of the most exquisite street art, culturally significant sites and brief encounters with cafe owners. The tour is ideal for small groups and food enthusiasts keen to find out the traditional and cultural delicacies of the East End. While on the trip, tourists will also get to experience the ambience and historical importance projected by the burial grounds of ancient Rome, visually appealing synagogues, Georgian-style buildings and vibrant street art.

Following is the outline of the guided walk highlighting the eight stops;

The ending point would be opposite the Shoreditch High Street Station from where the group members can leave for their destinations as the tour ends. At each stop the guide would provide informative details relative to each cafe including architectural buildings and historic sites to provide an insight into the Cosmopolitan culture of London along with the meet-ups with cafe owners and prolific restauranteurs to make it a memorable tour. (Eating London Tours, 2015)

The studies and researches on the impact of European Cultural Tourism reveal that despite the limited information available on Urban tourism trends, there is an increasing trend amongst the European regions to cater to the growing demands of tourist activities. The UK Tourism industry has shown an increase in the demand for International tourists that have an active interest in exploring the heritage of the area and key Urban centers like London. Food is a popular theme for a guided walk that caters to a diverse customer base.

For such themed walks it is important that the tour be meticulously planned and designed to provide the most memorable tourist experience focusing on particular customer requirements and that efforts be made to design tours that can positively contribute to the growth and sustainability of the UK Tourism industry thereby, providing a platform for the achievement of global Tourism objectives and economic prosperity.

Robert Maitland., (2008). Conviviality and everyday life: the appeal of new areas of London for visitors,2008.