The Impact of Increase the National Minimum Wage on Productivity

The Relationship between Reverse Logistics And Customer Satisfaction 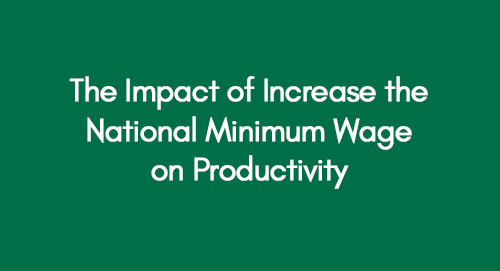 The National Minimum Wage (NMW) set by governments and the key stakeholders can have a significant impact on the performance of small or large operating firms (Georgiadis, 2006). According to some theorists they have actually increased the earnings of labor in even small firms which in turn effect positively on the company’s overall production performance (Wincenciak, 2010).  However some studies also claims that these NMW might have increased the standard of labor but is actually affecting the profitability of firms in a negative way. Companies may respond differently to the increase in National Minimum Wages of the employees. Neo Classical Theory Suggests that setting Minimum Wages will reduce the demand of labor or employment hours however the modern studies proposed that the introduction of NMW does not actually have an impact on employment system (Bewley, 2015).

This relation will further be explored in this study. The basic purpose of this study is to analyze the impact of National Minimum Wages on business outcomes and productivity. This can be measured by analyzing factors such as profitability, labor cost, productivity and the risk probability. Precisely the study aims to discover evidence of relation between NMW, company’s performances, employment system and how they can affect the behavior of firms in different market situations like recessions. In addition the strategies companies adopt in achieving the desired productivity level like monitoring and motivating labor performances are also discussed. These strategies also involve substituting labor force with advance technology to improve capital efficiency.  The relationship of wage and productivity will be described in this study through Wage Hypothesis Theory. This theory will explain their relationship as well as describe that how employee’s productivity is directly related to their wages (Curtiss, 1963). Different views presented by this theory on how firms can maximize their profit through employment development will also be discussed in this study.

The present study aims to explore the impact of Minimum National Wages on firm’s productivity. The focus of the study is to explore the underlying factors related to National Wages and employee’s performance and their relationship that contribute in the increases or decrease of company’s overall productivity performances. The study also aims to discover the most common and practical strategies that companies are adopting globally to achieve their desired productivity goals. In addition the study also explores the response and behavior of these companies to these wages in different economic situations. Keeping in mind the above mentioned facts the following aims and objectives are drawn for the study.

Specifically, the present study aims to:

The research questions for this study will be

The present study will focus to answer the above mentioned research questions.

Previously much effort has been put in the examining the effect of national minimum wage on employees performances, economy, business and the overall labour marker of the industry. However the precise relationship of minimum wage and its effect on firm and industrial outcomes are still need to be explored further (Aslam, 2003). It was agreed in several studies that the overall impact of NMW on employment behavior is neutral therefore the direction of research was shifted towards adjustments and the relationship of these minimum wages with company’s productivity and behavior (Portes, 2015).

Researches support that the impact of NMW on firm’s behavior is a strong area to be studied because it actually effects the company’s operations and productivity. In Britain Draca et.al and Galindo-Rueda Perira are two studies that explore the impact of National Minimum Wages on firm’s productivity. According to their research findings, the introduction of NMW has actually decrease the chances of profitability for the firms. Their findings further suggested that when considered the long-term productivity the induction of NMW might have significant effects on employment but does not actually help in achieving long term productivity goals (Bondibene & Riley, 2013).

These studies also had some limitations as they just involve the industrial data and their study’s time frame was also very small. The labor productivity is often seems to increase the capital of a company which in return effects positively effects the firm’s industrial performances (Wincenciak, 2010). But this theory is not supported by many researches as still recent researcher’s claims that firms have to compromise their profitability in order to increase the productivity of their labor (Relly, 2013). The subject that how the National Minimum Wages actually effect the employment system and the firm’s productivity is still need to be discussed and explored more.

The introduction of National Minimum Wage has increased the labor cost and increased the earnings of low paid workers (Wage, 2014). However there is not much evidence available that will indicate that this NMW system has actually effect the overall employment operating behavior. In contrast small firms do respond to these changes as in order to increase the labor productivity they have to reduce their profit margins. Several researches had been conducted after the introduction of NMW in 1999 to analyze the relationship of National Minimum Wages with employees and firms productivity (Wincenciak, 2010).

The key findings of Rabecca Riley and Chaira Roazza researches indicated that the implication of NMW has increased the labor cost in small low paying firms after 2000. However during the recession period employees were still paid average. They also reported that low firms also responded to these changes as they had to add more value amount per employee to increase their productivity (Wilson, 2012). Many authors believed that this increase in labor productivity is because the companies wanted to utilize their productivity and their input into overall increase in company’s capital and production outputs. However the mechanism which involve in increasing the productivity was not explored in their study.

Regardless of what the conditions or situations are, the main aim or goal of a company is to adopt strategies that eventually aids in increasing the organization’s productivity (Bewley, 2015). The introduction of National Minimum Wages was a step to motivate workers so that they can work to their full potential and ultimately their productivity can effect positively on the firm’s productivity. Moreover, may governments also emphasize on factor such as overall economy, incrementation   and inflation. Despite of just incorporating NMW there are certain other HR strategies that can have an effect on employee’s performances thus increasing their output such as work speed, volume and quality (Portes, 2015). These include:

There are many other strategies / methodologies that will be further reviewed and highlighted in this paper.

This chapter of the study will include the description of research design and techniques used by the researcher to gather primary or secondary data. As such, this chapter will consist of research methodology, research limitations, data collection methods, data analysis, and the philosophical approach. The methodology of the research will aim to collect data through sources that can help to achieve the objectives of the research. A brief description of data collection tools will also be provided in this section

In the end of the research a discussion and conclusion chapter will be provided which will include the researchers opinions, views and suggestions in the light of research findings and results. However, the researcher will use authentic reference resources to support his arguments and statements. The Discussions and Conclusions chapter will clear outline the relationship between Minimum National Wages and firms productivity. 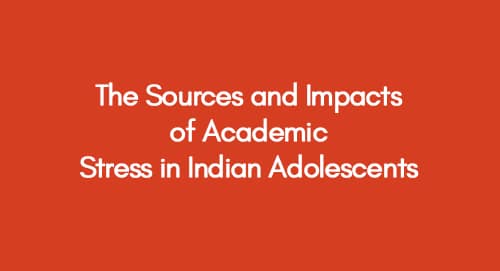